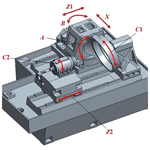 Internal gearing power honing (IGPH) is a gear finishing process via abrasion that can improve gear tooth surface quality; it is thus widely used in the field of advanced automobile gearbox systems. The special mechanism of the IGPH process can form a kind of curved orientation texture and high compressive residual stress on workpiece gear tooth surfaces (Karpuschewski et al., 2008). Moreover, these good tooth surface characteristics can reduce the meshing noise and prolong the service life of gear transmission systems. Compared with the worm wheel gear grinding process, the IGPH process is irreplaceable in stepped gear finishing, and its lower cutting velocity can avoid high thermal load and burns on the tooth surface. However, the gear precision of the IGPH process ranges in the GB4–GB6 level, while the worm wheel gear grinding process can reach the GB4–GB5 level, which is the limitation of the IGPH process. Process parameters have a significant effect on gear precision, and, thus, in this paper, several experiments on the optimization of IGPH process parameters for better and more stable gear precision were carried out.

Recently, many studies have focused on the improvement of gear finishing with abrasive processes. For instance, Teixeira et al. (2019) reported the influence of the grains' characteristics and process parameters on the material removal behavior and gear grinding energy model based on modeling of the normal force. Through the use of high-order topology expression and analysis of the numerical loaded tooth contact area, Ding and Tang (2020) proposed a target grinding flank modeling method to improve the tooth flank geometric topography and loaded contact performance. Furthermore, Giacomo et al. (2019) analyzed the relationship between the thermal damage and gear grinding process parameters on a new dry-grinding machine and found that the gear module and radial feed rate were the most significant factors affecting the thermal damage. Yoshikoto et al. (2018) developed a high-precision, high-efficiency internal gear grinding method by setting a large crossed-axis angle between the grinding wheel spindle and workpiece gear axis and conducted a series of actual grinding experiments to verify the new proposed grinding model.

With the wide application of the IGPH process, several studies were carried out to explore the mechanism and improve the gear tooth surface quality of the IGPH process. By adding three axes' additional motions, i.e., the honing wheel spindle axis, swivel axis, and workpiece spindle axis in the internal gearing power honing machine, Vanquyet and Yuren (2020) built a numerical model of the closed-loop topology modification for the double-crowned and anti-twist gear tooth surfaces and verified the validity of the proposed method. A series of preliminary research works were carried out by our team based on traditional roughness theory and the internal engagement theory of conjugate curved surfaces. For example, Han et al. (2017) performed a contrastive analysis of tooth surface quality between the IGPH process and gear grinding process. So far, the main point of the IGPH process is ensuring the microscopic qualities of the tooth surface. In the present work, therefore, to improve the macroscopic quality of the tooth surface for IGPH gears, three main gear tooth profile errors and four input IGPH process parameters were chosen as the factors and indexes of the optimization experiment. The Box–Behnken design of experiments (DOE) method and artificial immune clone selection algorithm (AICSA) were the main optimization methods used to find the predicted model of gear tooth profile deviations and achieve the best gear precision for the IGPH process. Finally, an active control method was proposed to deal with the unstable gear precision caused by the variable IGPH crossed-axis angle parameter.

Design of experiments (DOE) is an important branch of mathematical statistics which has been widely used to find the influence rule between factors (x0, x1, x2, ..., xn) and responses (y0, y1, y2, ..., yn) in scientific research and industry. Response surface methodology is one of the DOE methods, which was proposed by Box and Wilson in 1951 (Korra et al., 2014). Generally, the purpose of response surface methodology is to find the optimal process through building the approximation surface model. If factors have a linear effect on responses, the approximation surface model between responses and factors can be expressed by the first-order Taylor series expansion:

where y(x) is the response target function; k is the number of factors; βi, βii, and βij are the influence coefficient of each factor; xi and xj are the values of each factor; and ε is the additive constant. 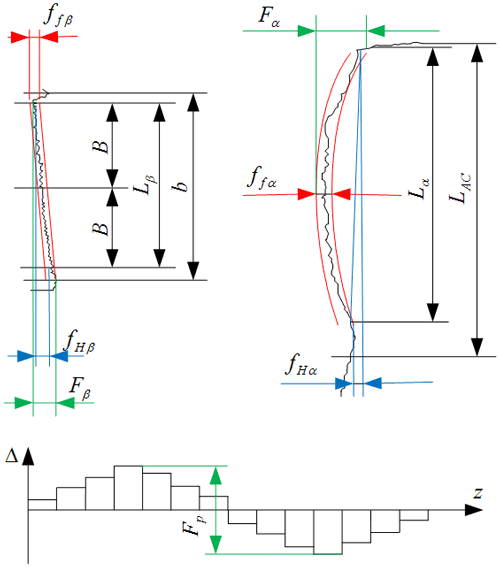 After solving the coefficient of the model, it is necessary to verify the accuracy of the model. The multiple correlation coefficient (R) can be calculated by Eq. (8–10):

To screen out the significant factors, the associated F value or p value to the factors can solve this problem:

Such a calculated F value will be compared with the critical value F′. If F>F′, it means that the associated factor is significant, or this factor is insignificant. The other way is to look at the p value of the result, which is calculated by design expert software; if the p value is smaller than 0.05, it indicates the model has 95 % confidence level, which means that the model is statistically significant.

Table 1The main technological parameters of the experiment equipment.

3.2 IGPH experiments based on the Box–Behnken DOE method

British biostatistician Ronald Aylmer Fisher first proposed and established the concept of the DOE (design of experiments) method in the 1920s (Fisher, 1954). The DOE and ANOVA (analysis of variance) methods have been successfully used in agricultural and biological tests since then. A good DOE can exclude most of the interference from non-experimental factors and improve the accuracy of the predicted model and experiment efficiency. Normally, DOE is composed of input factors, unavoidable random factors, and subject and output indexes. In this paper, the input factors are the four input IGPH process parameters; the random factors are the abrasive wear, the cooling and lubrication conditions of machine tools, and so on; the subject is the IGPH process; and the output indexes are the three main gear profile deviations. 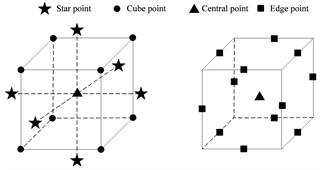 Figure 3Comparison of experiment points between the CCD and Box–Behnken DOE method. 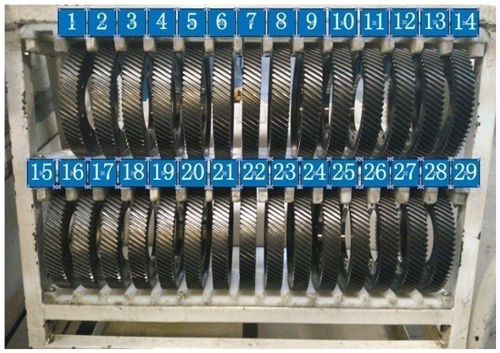 Table 4IGPH experiments and measurement results based on the Box–Behnken DOE method. 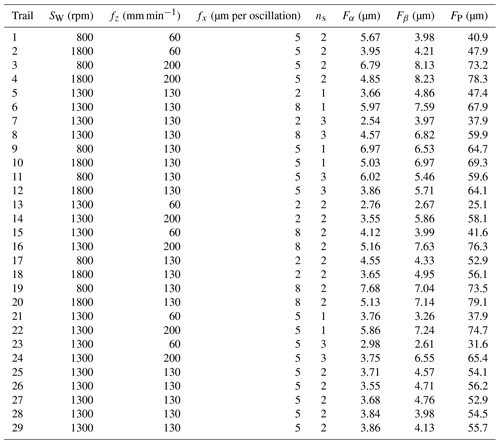 After conducting 29 IGPH experiments (Fig. 3), analysis of variance (ANOVA) was carried out to verify the confidence of the gear profile error models based on the response surface methodology (RSM). Equations (12)–(14) show the gear profile error models, and the adjusted R-squared value of the model summary statistics was below 0.9762, 0.9587, and 0.9902; the closer to 1 the adjusted R-squared value was, the more accurate the statistical model.

Figure 5The influence roles of each IGPH process parameter on the gear profile deviations. 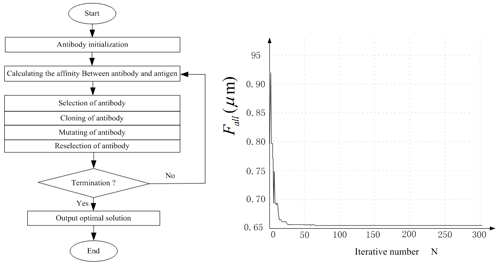 Figure 6The flowchart and the interactions process of AICSA method.

Table 5The optimal combination of IGPH process parameters based on the AICSA method.

Figure 7The coordinate systems of the IGPH machine and the relative velocity on the contact point.

For the convenience of calculation, the relationship between the relative velocity value v12(M0) of point M0 and the spindle speed value (SW) of the workpiece gear at a certain crossed-axis angle (Σ) can be obtained as Eq. (18):

where i12 is the transmission ratio between the workpiece gear and honing wheel. 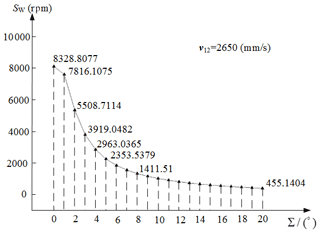 Figure 8Rotation speed of the workpiece gear versus the crossed-axis angle for stable relative velocity.

To verify the effect of this active control method, IGPH experiments were carried out. When the crossed-axis angle arrived at 9.745, 11.745, and 13.745∘, if using the method of keeping the stable honing velocity, the workpiece spindle speed should be suitable for the crossed-axis angle; the adaptive honing wheel spindle speed was 669.1476 rpm, 537.2859 rpm, and 443.5825 rpm. Table 7 shows the results of the gear profile errors based on the active control method.

Table 7The gear profile error results of IGPH experiments based on the active control method.

The stable spindle speed of 1450 rpm was used when the crossed-axis angle was changing. The results of the gear profile errors are shown in Table 8. It can be seen that the total gear profile error value from the active control method is more stable and lower than that without the active control method. In addition, a lower spindle speed is needed for the IGPH process when the crossed-axis angle is used, which has the advantage of reducing the power consumption and production cost.

In order to improve the machining precision and stability for IGPH gear, this paper proposed a theoretical and experimental strategy for IGPH process parameter optimization. Simultaneously, the research results of this paper have an important theoretical basis and engineering application value to guide the development of the gear finishing process. The following conclusions are drawn from the experimental results:

All the data used in this paper can be obtained from the corresponding author upon request.

BY and LX carried out the research on the algorithm and experiment of the paper, and JH and XT provided the experiment conditions.

The contact author has declared that neither they nor their co-authors have any competing interests.

The authors would like to thank the doctoral initiation fund project of Anhui Jianzhu University (grant no. 2018QD42), the National Natural Science Foundation of China (grant nos. 51575154 and 51875161), the National Science and Technology Major Project (grant no. 2013ZX04002051), and the Fundamental Research Funds for the Central Universities (grant no. CHD300102252507) for supporting this research financially.

This paper was edited by Jeong Hoon Ko and reviewed by Zwolak Prof. Jan and one anonymous referee.